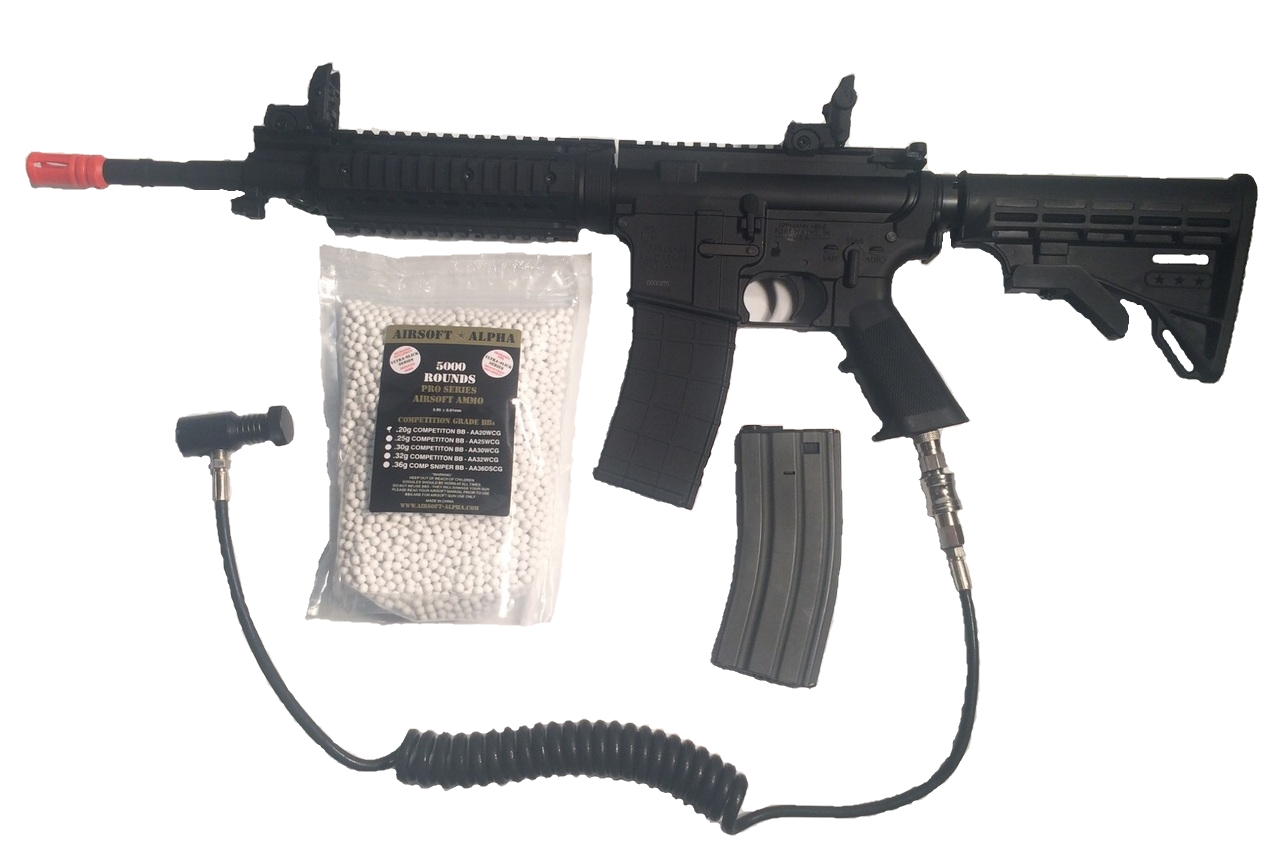 of the same materials (metal and high-grade plastics) used to make magazines for conventional guns.

Electric powered guns are the most common and use rechargeable electric batteries to power an electric motor and internal spring/piston-based pellet firing elements. This type of gun can propel a pellet at 150 to 650 ft/s.

This type of airsoft gun relies on the elastic potential energy stored in a coiled spring to fire pellets. As such, owners must cock their guns before firing a single pellet. In spite of this drawback, spring powered guns fire pellets at 400 to 700 ft/s.

Airsoft guns have been around since the 1980s and have spawned numerous airsoft fan clubs as well as games that attract thousands of participants. Popular features on these guns include sights, magazines, and laser pointers. The common types of airsoft guns on the market today include electric, gas and spring powered guns.

Please Note: Federal law requires ALL Airsoft guns to have an Orange tip. For your safety and the safety of others, do not remove or paint the orange tip of your airsoft gun.